Ever thought "hey, I want that car I saw in Italy?" It's not uncommon, especially among auto fans. The reality is that Americans don't have access to lots of incredibly radical vehicles. On the other hand, there's usually something available here that can do the same thing as the car you saw abroad. 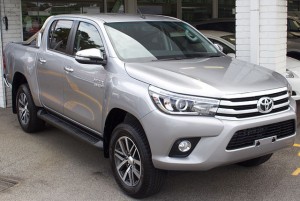 The Hilux has been around since 1968. Today, it's not available in the US. Instead, Toyota sells the Tacoma here. While the Tacoma is a small pickup aimed at light duty towing and the outdoorsy people market, the Hilux is capable of towing some 3,000 pounds more. The Tacoma does have the edge on horsepower, with at least 158 hp compared to Hilux's 148. But the Hilux is about $3,000 cheaper when you convert its Australian dollar MSRP to US dollars.

If you're OK with a little more horsepower, you should look into the Chevrolet Colorado and the GMC Canyon. Both offer more horsepower than both the Hilux and Tacoma, with diesel engines available. Get the trailering package for as much capacity as the Hilux. And these trucks are affordable, starting around $20K. They may not be as tough as the legendary Hilux, but what is? 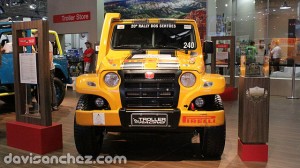 The Troller is a Brazilian off-road vehicle, the production of which is now overseen by Ford. As you can see, it looks a little bit like a Land Rover Defender, another vehicle you can't have in the US. This aggressive SUV pushes 200 horsepower from a 3.2 liter engine and may retail for around $30,000 dollars. Although, that's mere speculation. Previous models were much more expensive. By the way, the pictured T4 is an old model. The redesigned T4 looks even better.

The best substitute for the T4 might be the Jeep Wrangler. The Wrangler makes 285 horsepower in its 3.6 liter engine and comes in a variety of trims ranging from $23,995 to the $38,345 Unlimited Rubicon Wrangler. The Wrangler is highly customizable and is one of the best off-road vehicles you can buy without spending loads of money.

If the Hyundai i10 were sold in the United States, it could cost as low as $8,000. It's a 5-door hatchback with a 1-liter engine that gets 17.24 km to the liter. That's around 40 miles to the gallon. What we have here is an efficient subcompact car that doesn't make you look away from it. It looks pretty good, actually. And it's a Hyundai! They're reliable cars. There's nothing like this in the US.

If you really want to try to substitute something for the i10, you're going to have to find something that's used. The closest new option is the Nissan Versa. But it's above $11K. If that's too much, you should look for a used Honda Fit or Mitsubishi Mirage (which is also very efficient). Or maybe you can ship an i10 over in a cargo box?

Need quotes for you next vehicle? Get lease quotes right here online, for free, from all of your local dealers. Click here to get started.