Sedans with The Most Cargo Space

Minivans, SUVs and crossovers provide lots of cargo space by allowing drivers to remove or fold seats. For example, the Ford Expedition has 70 cubic feet of cargo space. Of course, that space comes at a price. You won't get much more than 20 miles to the gallon when driving the large Expedition. Many drivers prefer sedans. They are usually more fuel efficient due to their aerodynamics, which makes them even more efficient with hybrid engines. No, you won't find a sedan that has as much trunk space as a typical SUV has cargo space. But these sedans might have enough space for your things. 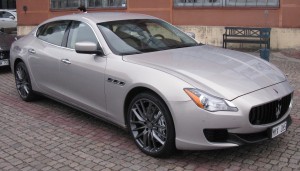 This car isn't selling just because it's pretty. It's also very practical for anyone who doesn't drive long distances much. It's equipped with safety features like automatic breaking and collision avoidance, it can be charged in an hour and a half with the right voltage, and it has 32 cubic feet of cargo room. That's so much that they've made a set of seats that fit in the trunk to increase the total seating capacity 7. When the extra seats aren't in the back, there's plenty of room for a few large suitcases.

The Model S could be considered a hatchback because it's so large in the back and it has a window on the cargo door. You could say it's a hatchback that doesn't look like a hatchback. The A7 is not a hatchback. It has a large conventional trunk that holds 25 cubic feet of stuff. It also starts at 330 horsepower and gets 20 mpg in the city and 30 on the highway. Not extremely efficient but you can buy a diesel A7. Both versions are very quick.

At a $27,000 base MSRP, the Taurus costs less than half that of the A7 and the Model S. You still get a 240 hp engine at that price, though. And the Taurus maxes out at just $40,000. For that price, you get 365 hp, dual-zone automatic climate control, memory settings for the driver's seat, a Sony audio system, a rear view camera and plenty more. How big is the trunk? It's 20 cubic feet; big enough for 3 or 4 golf bags

If you're looking for something a little more flashy, the next sedan in the list is the $106,900, 404 horsepower Quattroporte. This is a large sedan that holds its own on the track and also as an elegant transport to and from black tie affairs. With 19 cubic feet of cargo space, we think it fits nicely in the area between sport cars, luxury cars and practical cars. Of course, to get all of it you have to pay a little more.

We didn't include hatchbacks or wagons in this list because we don't think they're what you might be looking for. If they are what you're looking for, you have lots of options. Hatchbacks usually have more cargo space than sedans. Have a look at the Subaru Forester (35 ft3), the Toyota Prius V (32 ft3) or the Volkswagen Golf SportWagen (30.5 ft3).

Need quotes for your next vehicle? Just get them online. Get free quotes from all of your local dealerships in minutes. Click here.